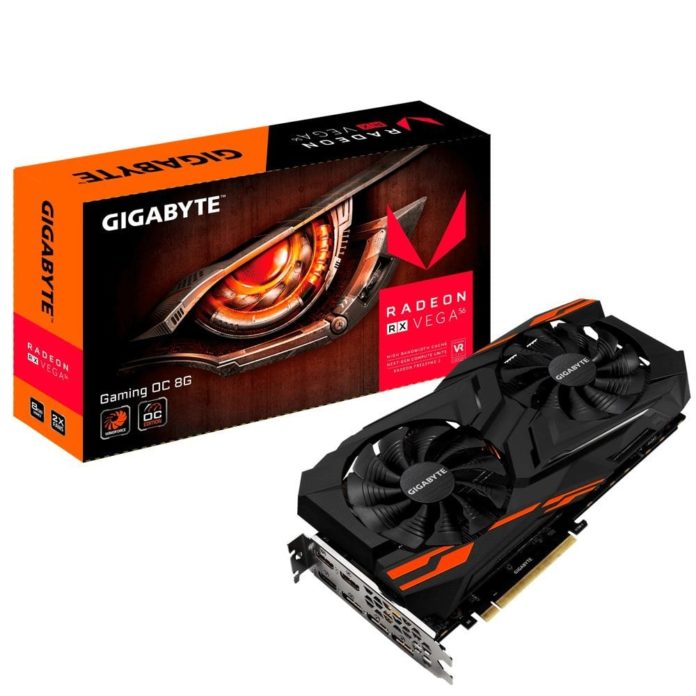 Amazon is selling AMD’s Radeon Vega 56 for $100 less than its retail price of $399, and that too the Gigabyte Gaming OC variant with dual fans. The Vega 56 is based on the fifth iteration of the GCN architecture and includes 8GB of HBM2 memory for premium high-resolution gaming.

It packs 56 CUs which translate into 3585 Steaming Processors and at this price, it is a no-brainer for 1440p gaming. The Radeon Vega 56 finds its closest competitor in NVIDIA’s GeForce GTX 1660 Ti which it comfortably beats in the majority of benchmarks while costing a mere $20 more.

The Vega 56 was one of the better positioned Vega GPUs at launch, but the mining craze and the release of NVIDIA’s GeForce GTX 1070 Ti rendered it obsolete. However, at present the latter costs north of $400, making it an unfavorable choice.

At the time of writing, there’s only one item left in stock, so if you are planning to buy it then you better hurry. The card ships globally so you can have it imported even if you’re not from the US. Cheers!