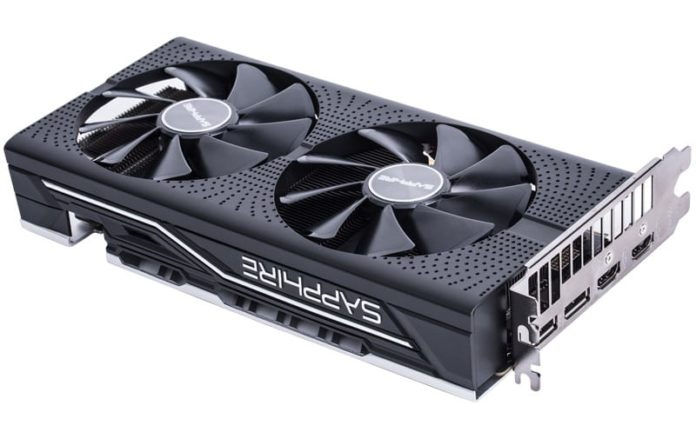 Yesterday AMD released a new mid-level Radeon RX GPU, the Radeon RX 560XT. The new chip is intended to sit right between the Radeon RX 560 and RX 570 and is based on the lower-tier Polaris 10 architecture. The Radeon RX 560XT is China exclusive though, and won’t be available in other countries. Sapphire, one of AMD’s partners, will be the only retailer of the card.

The Radeon RX 560XT will feature a total of 1792 cores, which is a huge upgrade from the Radeon RX 560 which had only 1024 stream processors. It also offers better memory bandwidth than RX 560 with an upgrade from 128-bit to a 256-bit interface. This will be paired with GDDR5 memory at 6.6Gbps. Sapphire will be offering two different variants with 4 GB and 8 GB of VRAM.

The Radeon RX 560XT filling in the slot between the RX 560 and RX 570 makes sense as the 570 delivers almost double the performance of the 560 and there was no in-between. But still, going by the specs, RX 560XT should be expected to sit much closer to the RX 570 than to RX 560 when it comes to performance. The pricing will also follow the suit and will be between what RX 560 and RX 570 costs.

The Radeon RX 560XT is the second China exclusive Polaris 10 GPU launched by AMD. The low-end and mid-range GPUs are known to be quite popular in the Chinese markets as compared to Western markets. China, although being a single country, still has a mammoth customer base and gives companies like AMD and NVIDIA a chance to sell smaller volume cards like salvaged graphics cards without launching and supplying the cards across multiple countries.