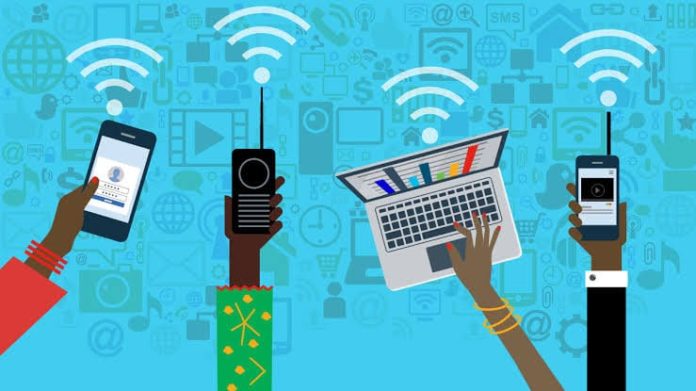 Whether it’s a cute picture of puppies on Instagram, gushing over a friend’s new boyfriend on Facebook, streaming some good old songs on Spotify, looking up a chicken pot pie recipe on YouTube, or simply checking your location using GPS, the internet facilitates everything. But have you ever imagined what life would be like without these facilities? Well, you don’t have to imagine too long, because that might become a reality soon.

As we all know, with increasing global warming (which we are responsible for) the ice caps are melting and with the melting of ice comes the inevitable rise of sea-water levels. But do you know what the adverse effects of such a rise could be (other than all of us drowning together)? Well, there are several ill effects, but probably one of the worst is the fact that we may lose the internet.

No, the internet is not some abstract thing up there in the clouds. It is a very real, physical object. A vast web of physical infrastructure undergirds the internet connections that touch nearly every aspect of modern life. Delicate fiber optic cables, massive data transfer stations, and power stations create a patchwork of literal nuts and bolts that facilitates the flow of zeros and ones, which comprises of what we call the “internet”.

Now, research shows that a whole lot of that infrastructure sits squarely in the path of rising seas and within 15 years, thousands of miles of fiber optic cables and hundreds of pieces of other key infrastructure are likely to be swamped by the encroaching ocean. And while some of that infrastructure may be water-resistant, it wasn’t designed to live fully underwater. The infrastructure was laid down in coastal areas more than twenty years ago when rising sea levels was not a concern. And since it is so close to the sea, it won’t take much more than a few inches or a foot of sealevel rise for it to be underwater.

Unless those wires are moved back quickly, the internet might be lost. But moving them back isn’t the ultimate solution. Unless we pay attention to the urgency of the situation and take some positive measures to stop global warming, a lot more may be lost to us than just the internet.