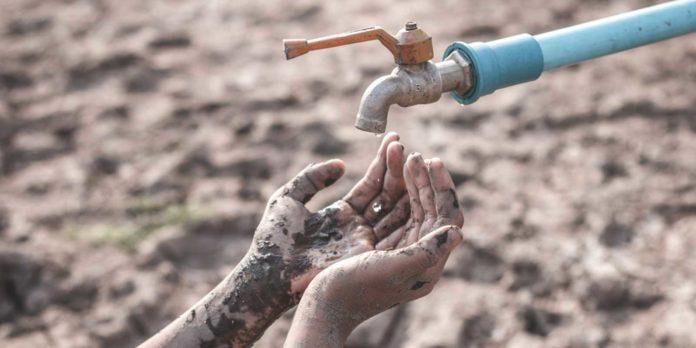 The present-day new India is tremendously hot, desiccated and flooded, all at once, with the fates of 1.3 billion people and substantial biodiversity hotspots mounting unforeseeable rains. The monsoons this year has brought 30 % less rain than normal for the last month, June. In the meantime, the groundwater across India, that provides a crucial buffer between monsoons is gravely exhausted and in danger of being lost forever.

Karnataka, like other states in the country, has been wobbling under an appalling drought. From being the city of lakes, Bengaluru has come to be the city of concrete. All the water has disappeared drying up rivers and reservoirs.

Bengaluru, India’s answer to Silicon Valley is battling with severe water crisis currently. If murmurs are to be believed, this rapidly bulging city will have used all its groundwater by 2020, i.e next year! A city of 12 million, one of the fastest-growing in the world that contributes $110 billion to India’s GD, Bengaluru deserves to be water-reliable. As yet Bengaluru has no perpetual own water source. It has to pump water from the holy river Cauvery that flows south of the city. The Cauvery is being sucked dry from both the sides by the giant pipes that pump water into the city and by the bore wells that dig deeper each year, resulting in the lowering of the water levels below that of the river thus forcing the river to feed it.

While job opportunities have soared in the sprawling city, millions have no access to piped water and instead live on a supply of privately-run tankers that suck water from wells inside and outside the city delivering it to homes. Even regular families dig unapproved private wells in search of water for drinking, bathing, laundry and for other day to day activities.

If the Cauvery is shrinking with the groundwater almost exhausted, what options does Bengaluru have?

-Rainwater harvesting which has been slow since long is steadily picking up to mitigate this problem.

-A great step would be to channel some of the harvested rain per “recharge wells” backing into groundwater & begin to restore it. Two Bengaluru NGOs, Biome Environmental Trust, and Friends of Lakes have launched a citizens’ initiative to dig a million recharge wells all over the city. It’s being pushed for the creation of a million small recharge wells throughout the city, so as to apprehend the monsoon runoff while channelling it into aquifers.

-As a major initiative to control the situation, the Karnataka government has come to the conclusion of contemplating a ban on construction of new apartments in Bengaluru to combat the growing shortage of water in India’s technology capital.

If India can just build the institutions to do all that, hope is there indeed.