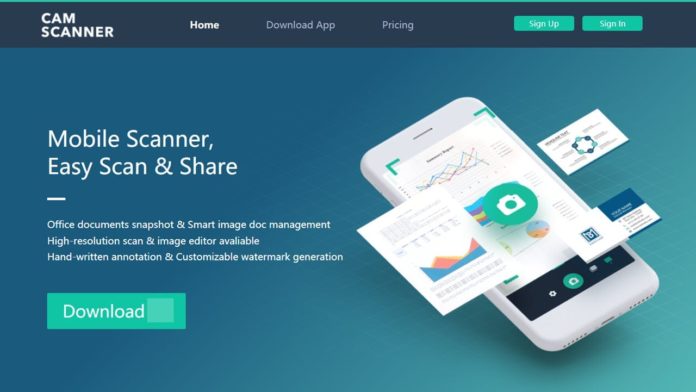 CamScanner was by far one of the most popular document scanning apps for Android…that is until it was found to have a Trojan exploit on board. Now, with CamScanner having been taken down from the Play Store it has become imperative for regular users to find a safe and secure alternative to the popular app. Here is where we come in! Listed below are some of the best CamScanner alternatives you can get right now!

This is by far one of the most intelligent scanning apps out there. It uses complex AI algorithms to identify whether the document you’re scanning is an ID card or just a written declaration. After identifying the type of document, it then auto-crops and adjusts the bleach to settle at the right level for an optimal scanned “look”. The tools you can play with on this app are aplenty which makes this app our personal favorite. Cross compatibility with iOS devices is an added bonus.

Obviously this app works as advertised. If it didn’t, it wouldn’t be on this list in the first place. What sets this app apart from others is the ability to scan whiteboard notes, written notes, and displayed text without much fuss. The AI enhancements are aplenty but aren’t as intrusive as what the Adobe alternative has to offer. What students will appreciate the most however is the ability to import scanned JPEGs and PDFs to your OneNote notebooks. If you carry around an iPad with a pencil for note-taking you’ll find this app extremely useful to directly annotate notes! I personally use this on a daily basis to annotate and take notes on a patient’s case history with ease during my posting rounds.

This is a feature that’s there on on pretty much every Android phone with the Google Photos and Drive app installed. There’s an option on the Photos app to bleach and export images. Along with fluid AI integration from Google, this makes scanning individual documents quite easy without having to install a 3rd party app. Beware of the inability to export documents as batches however. For those needs you’ll be better off with the other two apps I’ve mentioned.

That’s pretty much it folks! I’m sure a huge fraction of our readers were quite taken back by the reason CamScanner exploit controversy. Rest assured, these alternates that I’ve listed are the most secure you can find on your app store and they’re all made by renowned vendors like Microsoft and Adobe.