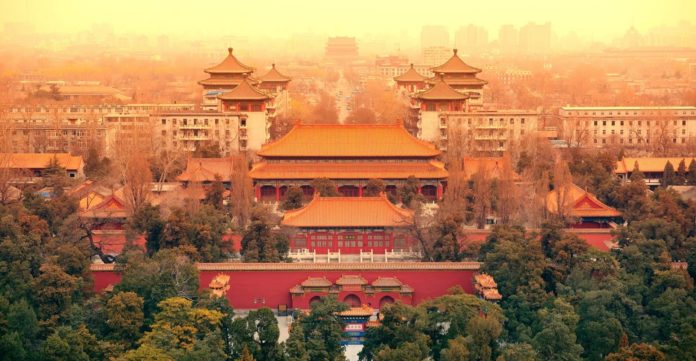 The Chinese government is reportedly developing a Social Credit System, to monitor and assess its citizens’ and businesses’ social reputation, or ‘Social Credit’. It was first announced in 2014, and by 2018, some restrictions had been already imposed on the citizens, which the local media described as the ‘first step towards the Social Credit System’.

This system is expected to be fully operational by 2020. It is considered to be a form of mass surveillance and uses Big Data Analysis where people are ranked for their behavior.

Think of this system as your financial credit report. A higher credit score entitles you to certain benefits such as easy loans and low collateral from banks. Similarly, poor ranking in this system will likely lead to punishments and other disadvantages. It is mandatory for all the citizens and there is no option to opt-out.

But why does China need such a ranking system? According to a government document, the aim of this system is to strengthen the idea that “keeping trust is glorious and breaking trust is disgraceful“.

A Stop on your Education

Your plans for higher education, or sending your children to the best private schools may not work out, as a poor social credit score will most likely stop you from doing so. According to an article published by Beijing News, 17 people were barred from pursuing higher education last year, because they refused to carry out military service.

No More Luxury Hotels For You

People who refused military service are also not allowed holidays at certain locations and hotels. Meanwhile, people with a good score can speed up their travel applications. According to BBC, in 2015, a woman was able to book a hotel without paying any cash deposit just because she had a good social credit score.

A poor score can also ban you from booking a train or airplane ticket. According to Channel News Asia, 9 million people have already been blocked from buying domestic flight tickets just because they had a low social score. Punishment may also ban you from luxury travel options such as business class tickets. Some offenses that can lead to such a situation include loitering at stations, smoking in no-smoking zones, and traveling without a ticket.

Spreading fake news, dedicating long hours to video games, not paying bills on time and also spending money on useless items and posting them on social media, will be considered as punishable offenses.

Being put on a blacklist will also cause you not being considered for recruitment by certain companies, as they are being suggested to consult the blacklist before hiring. If someone is barred from a job, they will be notified before they are enrolled, and will be given a 10-day window to appeal against the decision.

A higher social credit score comes with its own set of advantages such as discounts on electricity bills, higher interest rates on deposits in banks, rental facilities without cash deposit and much more.

So, let’s talk about how a Chinese citizen can improve their score and find themselves on the brighter side of the spectrum.

Based on the analysis performed by a group of researchers in Germany, on 1,948,29 behavioral and 942 government reports on good and bad behavior, the following measures were seen to have led to a better social credit score:

The Chinese government is in full swing to implement this system and has also given permissions to certain tech companies such as Alibaba and Tencent to monitor its users’ behavior and respond as required.

What do you think of this Social Credit System and what will your reaction be if such a system was implemented in your country? Do let us know in the comments below.

How Do Microwaves Work?

Are Horns Growing On Youngsters Due To Excess Cellphone Usage?