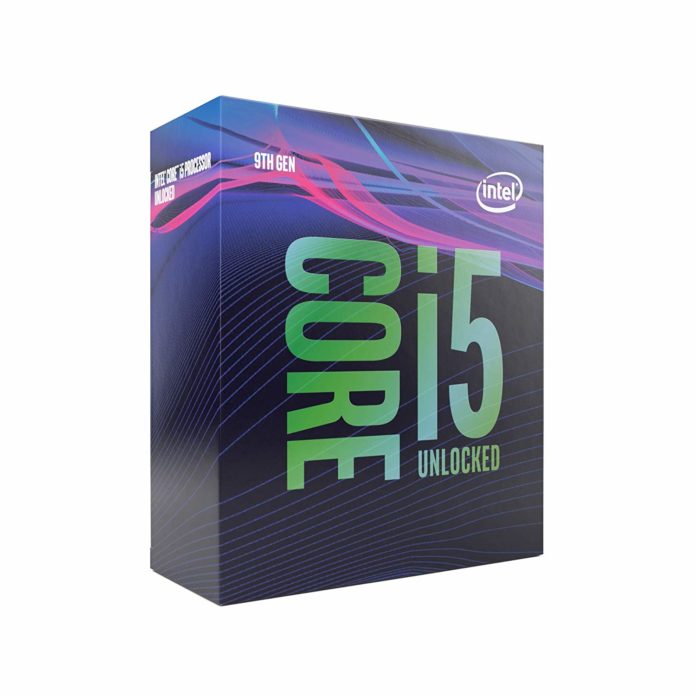 AMD’s new third-gen Ryzen processors are causing the prices of Intel’s 9th Gen CPUs to drop. Among these is the Intel Core i5-9600K, which is retailing for £230 (in the UK) only. This six-core Coffee lake chip is a phenomenal buy in this period of falling prices.

This chip is fabbed on Intel’s 14nm production process and comes with great clock speeds. One downside would be the absence of hyperthreading, leaving you with a maximum of six threads. Even so, it’ll work perfectly for most games as they do not scale too efficiently after six threads anyways.

Adding to its list of accomplishments, the Core i5-9600K includes a base clock of 3.7 GHz and a Max Turbo frequency of 4.6 GHz. It is fully unlocked for overclocking, and will comfortably run at 5 GHz with apt cooling.

The specifications are given below:

The pricing of the Intel Core i5-9600K places it numerically between the AMD Ryzen 3600 and 3600X chips. For applications like video encoding, Ryzen CPUs outperform the Core i5-9600K due to the former containing 12 threads overall. However, for gaming Intel architecture remains more consistent for smooth gameplay. Furthermore, the Intel chip is higher clocked than both of the AMD chips. It can also be overclocked to achieve higher performance, which isn’t an easy feat in the AMD chips.

Saying that the AMD Ryzen 3000 series provides a strong presence in the video game industry, more than it ever has before. The retail statistics may even be leaning towards these chips. However, if gaming is your primary focus, the 9600K card looks like a great purchase to make right now.