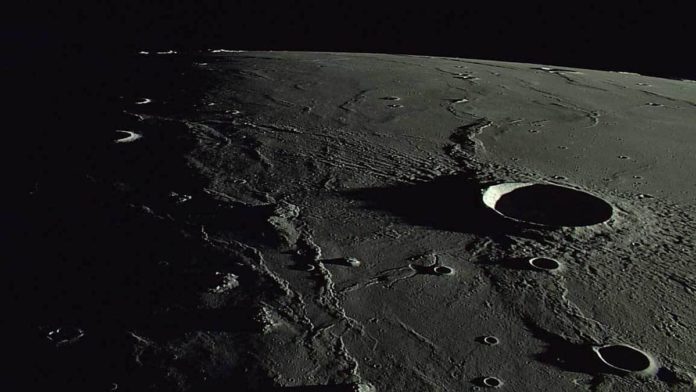 The Moon is now entertaining an ever-widening amount of experiments, robots and most recently tardigrades. The various underground tunnels or caves that lie underneath the Moon’s surface, however, still remain unexplored.

Recently, the European Space Agency (ESA) called out for ideas on how to navigate, map and analyse the lunar caves in robotic missions of the future. The operations are one of the most recent projects concentrated on the research of lunar lava tubes, particularly to ascertain their potential as sites for future Moon bases which will be fit for long-term dwelling places by humans.

These caves could protect astronauts from cosmic radiation and micrometeorites and probably provide access to icy water and other resources trapped underneath the Moon. Scientists believe that lunar lava tubes were formed billions of years ago when molten lava was still erupting on the Moon’s terrain.

The terrain of the lunar surface hints that these early basaltic channels seared into sublunar caves that may extend for miles, comparable to lava tubes found on Earth.

At the same time, NASA is building a “Moon Diver” robot that will dig deep into pits bequeathed by ancient lava eruptions. The Search by Extraterrestrial Intelligence Institute (SETI Institute) has also tested out a drone in the Icelandic lava tubes with the intention of ultimately flying them in caverns on the Moon and Mars.

Let alone humans, it obviously will be decades before a robot starts exploring one of these ambiguous caves. But if humans want to establish a long-term colony on the Moon —these caves will play an important role in protecting humans from the hazardous environment of the Moon.