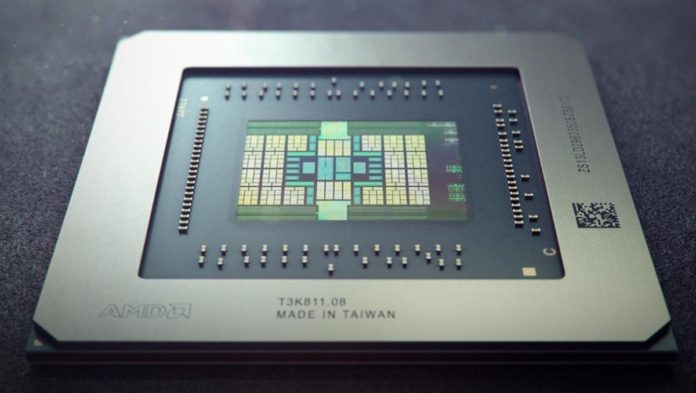 E3 this year was surprisingly good. From the Cyberpunk 2077 gameplay reveal (and the breathtaking Keanu Reeves) to the unveiling of Watch Dogs Legion, things were a lot better than what we’d expected. Nevertheless, there was an 800-pound gorilla in the room: The impending arrival of the next-gen consoles next year. E3 2019 wasn’t about the PS5 and Project Scarlett, but their shadow loomed over just about every announcement: Will these games get cross-gen support? Are we even going to see eighth-gen launches, despite developer assurances? Where’s that Halo Infinite gameplay?

The ninth-gen is going to shake things up in a big way—it’s not just graphics capabilities that are being upgraded this time around. Both platforms will feature significantly stronger processors and faster storage. Moreover, their related cloud platforms—xCloud and PS Now—may interact with them in ways we haven’t seen in the eighth-gen. Remember Crackdown 3’s promise of cloud-enabled destruction? It’s far too early to place bets here, but technology is making an inevitable move towards the cloud and that approach seems more and more likely as the pass.

It’s a given that the ninth-gen platforms will shake things up. But the question now is this: How do they compare with each other? During the eighth-gen, there was a fairly significant difference in capability between the Xbox One and PS4—the latter sported a much more powerful GPU, together with higher bandwidth memory. This time around, with both platform holders confirming that they’ll be utilizing AMD’s Navi and Zen platforms, it’s much less clear as to which console leads from a technical perspective. Moreover, we still haven’t gotten any hard numbers from either company. Nevertheless, using the information we have on hand, let’s do a quick comparison of the PS5 and Project Scarlett’s likely specs.

AMD’s Ryzen CPUs have been making waves all over the place of late. From the portable Ryzen-powered Smach Z console right up to the Intel-wrecking Threadripper 3950X, the scalability of AMD’s -based architecture has allowed it to offer fantastic price-performance options in just about every segment of the market. Consoles, by definition, have to balance performance, power efficiency, and price. CPU power took a hit with the eighth-gen consoles because there simply were no cheap, fast, multicore processors on the market. A custom design like with the PS3’s Cell processor would be prohibitively expensive, and Intel’s monolithic production process meant that prices scaled exponentially with core count.

That left us with AMD’s low-power Jaguar offerings, an update on the frankly terrible Bobcat architecture. IPC wasn’t even as good as ancient Core 2 Quads and the 28nm fab process meant that clock speeds had to be kept low to fit console thermal and power budgets. The only real advantage was AMD’s modular approach, allowing both consoles to feature 8 cores. The eighth-gen consoles banked on strong GPUs to prop up their processors through GPU compute functionality but this created a Catch-22 situation: Lean too heavily on GPGPU and there won’t be enough free GPU cycles to push visuals at 1080p/30. Don’t use enough GPGPU and the processor might bottleneck at a sub-30 FPS update regardless of your resolution (hello, AC: Unity).

The situation’s completely different in case of the ninth-gen consoles. AMD has made massive improvements to IPC with Ryzen: Third-gen Ryzen offers comparable single-threaded performance to Intel’s best at similar clock speeds. Moreover, the move to the 7nm process means that these processors can be run at significantly higher clock speeds without running into power or thermal limits. As such, the processors at the heart of both Project Scarlett and PS5 will be a true generational leap over what we’ve seen in the eighth-gen.

Exactly how fast are they, though? We’ve yet to get hard numbers, but both the Project Scarlett and PS5 announcements clarified that the consoles will be utilizing an eight-core design. Microsoft mentioned that Project Scarlett would be up to four times faster than the Xbox One X. This almost certainly refers to processing capabilities as no GPU currently exists which is 4 times as powerful as the One X’s. If we use the 4x as a ballpark figure it’s fairly simple to work out Project Scarlett’s CPU capabilities. Ryzen’s IPC is a bit more than double that of Jaguar, meaning that a Ryzen part clocked at the One X’s 2.3 GHz clockspeed would perform over twice as fast. A CPU clock speed in the 3-3.2 GHz range seems likely for both Project Scarlett and PS5.

Why? Third-gen Ryzen’s frugal power consumption means that it can hit much higher clocks than earlier processors while within the same power limit. The first-gen Ryzen 7 1700, an eight-core part, had an all-core turbo frequency of 3.1 GHz, within a 65W TDP. Meanwhile, Ryzen 7 3700X hits 3.6 GHz on all cores at the same 65W TDP. That’s a 20 percent higher clock speed paired with that 15 percent IPC improvement over first-gen Ryzen. With these kinds of numbers, it’s entirely conceivable that eight-core console CPUs clocked in the 2.8-3.2 GHz range would offer performance competitive with today’s upper-midrange CPUs in the PC space. That’s a huge leap over the eighth gen and, indeed, somewhere around the quoted 4x improvement.

Again, no hard numbers here. Both Microsoft and Sony announced that their consoles would be utilizing the Navi GPU. Crucially both also mentioned hardware support for ray-tracing in their consoles. A quick look at AMD’s own roadmap tells us that the consoles will not be using Navi as we’ve seen it in the 5700XT. Rather, we’re looking at cut-down variants of the Navi 20 GPU, or “Big Navi,” that’s set to premiere in 2020. While first-gen Navi features software support for Radeon Rays, Navi 20 will feature something comparable to Turing’s RT cores to facilitate hardware-based ray-tracing. We know that the RDNA architecture is still not completely divorced from GCN, meaning that the top-end Navi 20 part will likely feature a 64-CU design.

Both console makers have spoken about a generational boost to storage and loading speeds, thanks to the use of SSDs. There’s no clarity as of yet about the kind of SSD being used, but the Holiday 2020 timeframe tells us a couple of things. For starters, the PCI-E 4.0 standard—facilitating much faster storage speeds—should become the standard by then. Board partners like Gigabyte, Asus, and MSI have already announced a gaggle of X570 boards which will implement the PCI-E 4.0 standard. Mark Cerny claimed that the PS5 features storage faster than anything currently available in the PC space.

The only thing that fits this description is an NVME SSD leveraging the PCI-E 4 standard with /write speeds in the several GB/s range. SSDs are certainly getting cheaper but we aren’t anywhere near the point where 1 TB NVME card can fit within the cost budget of a console. 1 TB NVME SSDs cost north of $200. Now, a TLC based SATA SSDs can be found in the $100 range—the console makers could most certainly source them at these prices given their purchase volumes.

But while they’re certainly much faster than eighth-gen console storage, SATA SSDs are still a good bit slower than blazing-fast top-tier NVME parts. The only way we see the console makers trumping high-end PC storage speeds while keeping prices reasonable is by using tiered storage. I’m currently writing this piece on a system that features a 1 TB hard drive paired with a 128 GB SSD using AMD’s StoreMi tiered storage solution. Boot times and game load times are comparable to a standalone SSD, while overall storage space is slightly more than 1 TB. What kind of witchcraft is this? StoreMi essentially combines what it describes as “slow tier” storage and “fast storage” into what the OS sees as a single, logical drive. It then uses machine learning and pattern recognition to intelligently cache those files that you’re most likely to use on the SSD.

Considering that both console makers have made “8K gaming” a key bullet in their marketing copy, they’re both going to need a lot of VRAM. When running in 4K with maxed out textures, many of today’s VRAM-hungry games use in excess of 8GB of VRAM. Utilization will only be higher at resolutions higher than 4K. While PCs have split VRAM and system memory pools, both the consoles will likely have a shared pool. Details aren’t available for the PS5, but the Project Scarlett announcement confirmed that Microsoft’s console will indeed be utilizing GDDR6.

Considering the resolutions both consoles target, at least 8GB of video memory needs to be available for high-res textures and higher-than-4K resolutions. Considering that the consoles will be taking large steps forward in world simulation thanks to their faster processors, they’ll almost certainly need a higher amount of system RAM as well. A 20 GB shared pool is the minimum likely amount that we’ll see. These consoles will need to last at least 5 years so our money’s on Microsoft and Sony throwing in a bit more RAM—24 GB is where it’s most likely at.

The Xbox One and PS4 started the trend of Microsoft and Sony using off-the-shelf AMD parts to create platforms that were both similar to each other and similar, architecturally, to midrange PCs. With the PS5 and Project Scarlett, even though concrete numbers are hard to come by, that trend appears to have continued. While that’ll make console fanboy wars a bit less interesting, it’ll make life much easier for multiplatform developers. It also means that, more than ever, exclusives will become the differentiating factor between Xbox and Playtation. Everyone’s interested to see how that pans out in the years to come.