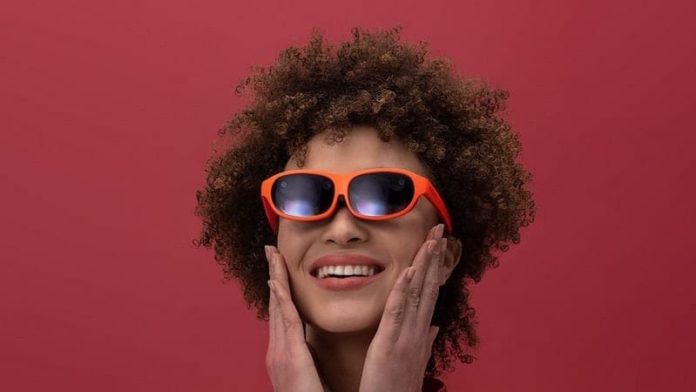 Chinese start-up smart MR glasses, ‘Nreal Light’ with their great display quality and a lightweight design, have bagged a staggering amount of $16 million for further research and development. China Everbright Limited New Economy Fund, iQiyi, Shunwei Capital and China Growth Capital were responsible for the windfall. The latest round comes just one month after the company announced a $15 million round at the CES 2019 tech trade show in Las Vegas, where it was first unveiled.

For the curious souls out there who do not know what MR is, go through the next few sentences, the rest of you can skip them. Mixed reality is a user environment in which physical reality and digital content are combined in a way that enables interaction among real-world and virtual objects. Unlike virtual reality (VR) which immerses the end user in a completely digital environment, or augmented reality (AR) which layers digital content on top of a physical environment, MR blends digital and real-world settings seamlessly.

Many companies have tried to implement MR in their projects but nothing revolutionary has come to the forefront. Take Microsoft’s HoloLens for example; it had its 15 minutes of fame. But to be fair, the size and image quality didn’t make the cut per se. Enter , which brings uwith it something pretty interesting: Low-profile mixed reality glasses that look and feel almost like ordinary sunglasses, so you can use them out in the open without getting too much attention. Adding on to that, the display quality is quite good, to the surprise of many.

The device offers a sharp and vivid image owing to the 1080p laser projectors (up to 60 fps) for each eye, and doing so while offering a good field of view, 52 degrees, to be precise. And of course, you can still see the outside world while enjoying your digital content. The frame is lined with dual microphones along the top for clearer reception, along with stereo speakers towards the end of both foldable arms (or you can switch to Bluetooth headphones), and includes brightness buttons on one of the arms.

Considering how many components are tucked into the glasses alone, 85 grams is a good amount of weight, quite light, as the name suggests. This is admittedly a lot more than a pair of normal glasses but is still significantly less, let’s say, in comparison with Magic Leap One’s 345-gram weight. Much like the Magic Leap One, the Light runs off a separate Android pocket device (powered by a Qualcomm Snapdragon 845) that you can wear on your neck or clip onto your pocket. This can run for around three hours on a single charge. In the future, you can even plug the Light into any smartphone or PC via USB-C.

Fitting is easy thanks to the adjustable magnetic nose support. Likewise, offers magnetic prescription lenses, rather convenient, as one can’t keep their own glasses on while wearing the Light. On the other side, there’s a pair of front-facing cameras plus other sensors, and these are for inside-out tracking based on SLAM (Simultaneous Localization and Mapping) algorithms.

The Nreal Light is the work of some 70 people based in Beijing. Victor Ai, managing director of China Everbright, the company that was responsible for $16 million of funding, mentioned in a statement that the investment on represented their mapping in the AI and AR sector, on which they’ve been keeping a close eye. He also added that he deemed had great potential in becoming one huge giant in the AR and VR field since the technology had a wide range of practices and realization in commercializing.

The team aims to launch the Light in the consumer market in either the second or third quarter of this year and interestingly, these glasses will cost “the same as a smartphone” — a lot cheaper than its competitors, even if they’re talking about the ones at the pricey end of the spectrum.