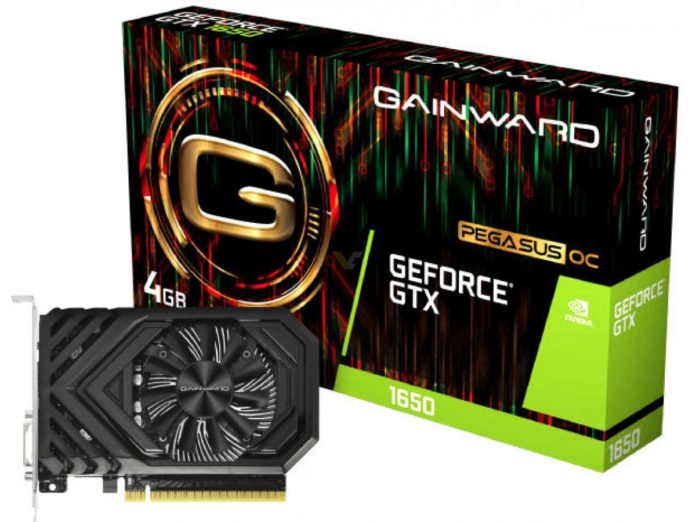 NVIDIA’s upcoming GeForce GTX 1650 cards have been subjected to a considerable amount of leaks, with the latest one popping up from the Gainward and Palit camps. Called Pegasus and Storm X, the cards are pictured together on Twitter and highlight the striking similarities both the PCBs have. This owes up to the fact that Palit Microsystems took control of Gainward in an acquisition all the way back to 2005.

The PCBs are almost identical and they might have even have used the same in both the variants. The demarcation, however, lies in the cooling layout of the Pegasus and StormX. Both are based on the same Turing TU117 GPU, paired with 4GB of GDDR5 onboard memory. Both are single slot cards, and just like the Zotac version, don’t need power connectors.

Both models have the ability to boost clock speed to 1725 MHz, with a bedrock clock of 1665 MHz. But withal, both the cards lack DisplayPort connectors, providing support only for HDMI and Dual Link DVI-D. This iterates to the fact that these cards would fail to utilize the monitors which possess G-Sync or G-Sync compatibility.

The NVIDIA GeForce GTX 1650 is expected to launch within the next two weeks. We’ll keep you updated on the same.