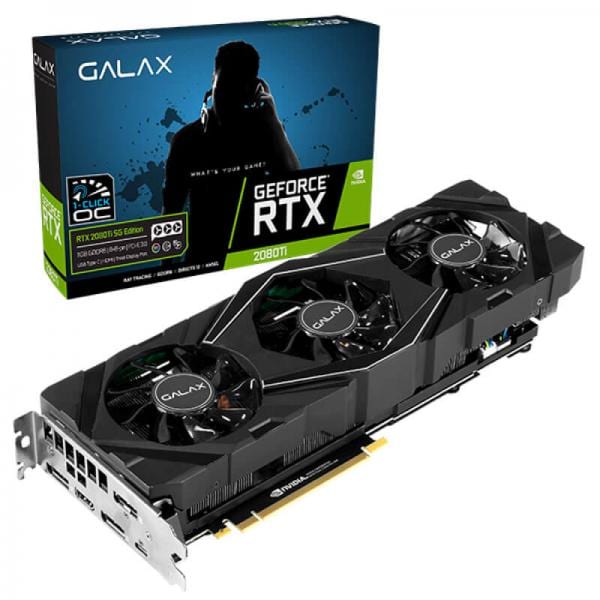 A while ago, we published the “official” gaming benchmarks by NVIDIA themselves. An important point to note about those tests is that they were conducted in a bunch of cherry picked games that probably favored the Turing RTX graphics cards. Now, today the embargo for the RTX reviews gets over and reviews have already started pouring in. Our review sample got a bit delayed so we are scrambling but we managed to benchmark some of the most intensive games at 4K using the RTX 2080 and 2080 Ti and in this post we’ll walk you through them.

Without much of the technical mumbo-jumbo (we’ll have that up in another post just in case you’re interested), lets head directly to the RTX benchmarks. Another thing, since both these cards are too fast at 1440p and pretty much cross the 75 FPS mark in every game at that resolution, you’ll be CPU bound in most scenarios. So, for now we’ll be skipping 1440p and focusing on 4K tests.

We all love Geraldo and his monster hunting adventures in the rich world of the Witcher 3, so we kick off the gaming benchmark suite with that:

Final Fantasy XV got a dedicated port on Windows and it’s one of the best JRPG ports we’ve seen. The game itself is one of our favorites, so lets see how it performs using NVIDIA’s new RTX cards:

Deus Ex: Mankind Divided is one of the most detailed, but also the most taxing games on PC even a year after launch:

Origins performs similar to Deus Ex, with the 2080 Ti beating the 1080 Ti by a lukewarm 30% and the 2080 leveling with it. It is quite a bit faster than the 1080 however, but given the price it’s still hard to justify a purchase.

Another Ubisoft title, Far Cry 5 is more of the same crazy Far Cry goodness with lots of explosions, outposts and towers with minor updates like companions and pets. It just works though and is insanely fun:

Once again, the RTX 2080 Ti stays manages to stay above the water, while the other three cards fight it out in the sub-60 space. More of what we’ve already seen.

Middle Earth: Shadow of War is the conclusion to Talion’s sad tale. It retains the nemesis system and further expands it, although one can’t help but feel bored by the end due to the game’s repetitive mechanics:

I feel I don’t really need to anything to say here. Everything is same as the earlier tests.

Shadow of the Tomb Raider

Shadow of the Tomb Raider is the last game in the Lara Croft reboot trilogy by Eidos Montreal. While the game got a mixed reception from critics, it’s still a technological marvel thanks to NVIDIA and Nixxes:

Tom Clancy’s Ghost Recon: Wildlands is the latest entry in Ubisoft’s long running Ghost Recon franchise. Taking the same formula as the other Tom Clancy games such as The Division and modifying it to suit the open world wilderness of Bolivia, it can be tons of fun when played with friends. On your own? Now so much:

As for performance, nothing new. Same trend we’ve been seeing with most of the AAA games.

The RTX 2080 Ti and 2080 are the fastest graphics cards for gamers, there’s no arguing with that, but at this point they look somewhat less appealing or should I say un-affordable. The RTX 2080 Ti is currently selling at $1200 and offers roughly a 25-30% boost over the sub-$700 1080 Ti. On the other hand, the 2080 is on par with the 10 series champion, but more expensive. I believe we’re yet to see the full potential of the Turing cards and till Ray-tracing supported titles come out and perhaps after some driver updates, these cards should become more attractive. By that time, cheaper, third party cards should also be available.

Lastly, stay tuned for our in-depth review, where we discuss the Turing architecture in detail with overclocking results, 1440p benchmarks, ray-tracing tests and the benefits of NVIDIA DLSS.