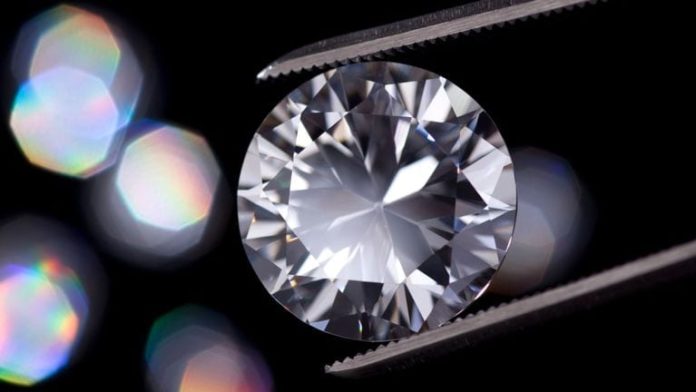 Turns out Diamonds are less rare than you thought. Say goodbye to Kohinoor as the largest cut diamond because according to a new study by an interdisciplinary team of researchers from MIT, Harvard and other top-tier institutions there is an estimate that a quadrillion tons of diamonds lie deep below the Earth’s surface.

Using sound waves, the scientists have discovered a treasure trove of diamonds 100 miles beneath the surface of Earth. There are literally mountains of this exotic mineral which extend upto 200 miles, according to an MIT scientist. Only, these mountains are inverted, and are called Cratons.

How do we know?

Scientists use sound waves to paint a picture of the insides of the plant. The seismic data helps scientists figure out what the deepest parts of Earth are composed of. When they noticed that sound waves were travelling faster through the tips of these massive cratons, they knew something was wrong. Sound velocity is more than twice as fast as it is in the upper mantle rocks. The team of scientists then sent these sound waves through different rocks, and found that only those containing 1-2% diamonds could produce these velocities of sound waves.

“It’s circumstantial evidence, but we’ve pieced it all together. We went through all the different possibilities, from every angle, and this is the only one that’s left as a reasonable explanation” said Dr. Uhlrich Faul.

The team then multiplied the percentage found with total volume of cratonic roots in the earth. This calculation showed just how much diamond we have, and it is a lot – A quadrillion tonnes. This is atleast 1000 times more diamonds than they expected.

Diamonds playing hard to get

However, hold your horses dear businessmen. These cratons are hard to reach. The deepest we’ve dug uptil now, is 12km. These cratons lie 100 miles down below, and the diamonds are at the roots, so add another 200 miles. This is far deeper than any drill has ever reached. Keep your axes back inside the backyard closet, you’re not becoming rich yet.