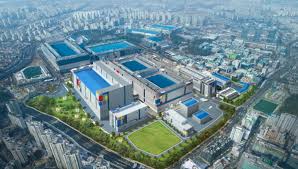 South-Korean conglomerate Samsung is planning to invest a ton of capital in the development of EUV (Extreme Ultraviolet Lithography) equipment, as it no longer enjoys the cosseted status in the semiconductor industry like it used to back in the day. The market has changed now, with a shrunken demand for memory chips caused by an exponential rate of supply globally. Not only has the company seen a dip in revenue, but it also faces the threat of being toppled by Intel as the largest supplier of semiconductor chips in the world.

Sensing the palpably precarious situation, it has announced to pledge in an astronomical $1.29 billion, almost double to what it initially planned, in a new production line at the company’s plant in Hwasesong. This decision in lieu of the gargantuan task it undertook to develop an avant-garde infrastructure, with the inclusion of EUV equipment.

The ability to manufacture EUV is pivotal to Samsung to maintain its supremacist identity. EUV will help it achieve the processing density of 7nm and other infinitesimal units.

EUV enables a much tinier wavelength (13.5nm), which makes the current technology virtually obsolete (193nm). A smaller wavelength will considerably lessen the stages of manufacturing. The burgeoning demand for EUV technology is felt across the globe, with Intel infusing billions in its own manufacturing facility in Oregon.