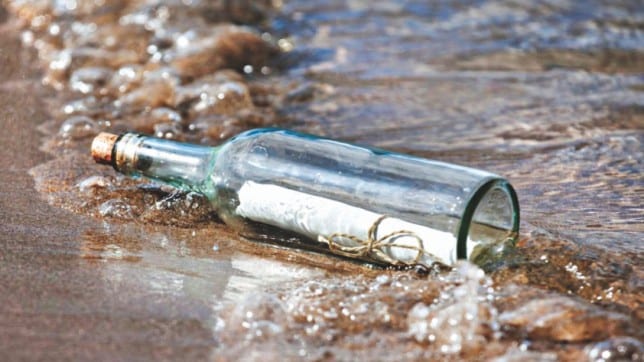 How do you preserve a message for the successors of Homo Sapiens or the extraterrestrials to read? How do you ensure that even the extinction of humanity itself won’t wipe your message out? As if this was not hard enough, there’s the problem of size. The message has to be long enough to store the record of us, humans, as a species. Well, Joe Davis has the answer. His answer to the problem is unique and unconventional.

The DNA of an odd microbe that lives in the deposits of rock salt might just be hardy enough to survive the given conditions. Joe Davis believes that this medium protected by salt and renewed by the microbe could be the answer.

Some other researchers have already explored the idea of storing information in DNA, which is estimated to have about 300 MB of data-carrying capacity. The idea to combine this data-carrying capacity of DNA with that of a hardy microbe is a new concept that Joe Davis came up with himself. The genius of this idea lies in the fact that not only do you have reliable protection for your data but also a repair mechanism in case something goes wrong. This is due to the fact that cells have very particular and high standards for the maintenance of DNA, as any error can prove to be fatal for living organisms.

Joe Davis is not a professional microbiologist; in fact, he is a performance artist. For an artistic venture back in 1987, he encoded a depiction of the female form into the DNA of a living E. Coli bacteria. The reason for the shift from E. Coli to Hsal is that Hsal is much more hardy than E.Coli. It can even stand laboratory sterilizers. This is not to say it’s unkillable, exposing it to freshwater is enough to kill it. Right now, it is our best bet at preserving a record of humanity and ensuring that it survives.