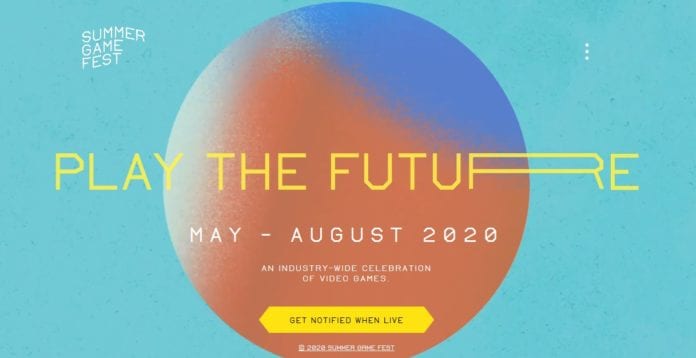 Geoff Keighley is putting on a four-month digital event in the void of E3 2020. Featuring tons of huge companies like Bethesda, CD Projekt Red, Sony, Summer Game Fest kicks off this May up until August.

“It’s four months of events that start this month, and the finale is the big Gamescom show I will do on August 24. We are just supporting/amplifying each publisher’s individual events.”

The fest will bring “breaking news, in-game events, and free playable content” from companies across the game industry all season long.

We’ve already got a long lineup for Phase 1. Yes, there’ll be multiple phases with even more publishers, Geoff confirmed during a Reddit AMA session.

He wrote, “Phase 1 refers to the publishers — there will be a phase 2 with more publishers added. The Phase doesn’t mean a specific time period really for the events.”

Here’s the list of currently confirmed publishers and participating platforms:

“In these uncertain and challenging times, it’s more important than ever that video games serve as a common and virtual connection point between us all,” Keighley said in a statement. “SGF is an organizing principle that promises fans a whole season of video game news and other surprises from the comfort of home.”

With companies like CDPR and Sony, I’m pretty sure that we’ll get to see some more of much anticipated Cyberpunk 2077, The Last of Us 2 and Ghost of Tsushima. With Riot in the lineup, we expect some updates on Valorant.

WB will be joining the event as well, I’d bet on a reveal for the long-awaited Batman game.

We’ve gotten our hands on a possibly huge leak from someone claiming to be an ex-XGS employee, listing a lot of upcoming games in development.

Some interesting things he mentioned are Age of Empires V being in development by World’s Edge, Double Fine working on Psychonauts 2 and a Banjo reboot supposed to be announced this June. Ninja Theory is currently working two titles: Hellblade 2, which will be getting a trailer this June, and release in 2022, and a mysterious Project Mara which he didn’t have much info on.

Obsidian is reportedly already working on the sequel to The Outer Worlds, and a AAA big-scale RPG “similar to Skyrim”. Playground Games working on Forza Horizon 5, and the much anticipated “really ambitious” Fable IV, which doesn’t come off as a surprise considering the dozens of leaks and teases. It is supposed to have “very realistic” graphics and a more mature tone than its predecessors, and a relase in late 2021 or early 2022. Interesting stuff, if true. All these June announcements will most likely be a part of the Summer Game Fest.

What gives this leak some credibility is an interview of Phil Spencer from March:

“For XGS Publishing, we have unannounced signed things there we are really, really excited about. That team has found a rhythm on how we can deliver quality & the shipping. It’s just maths now that everytime we are on a stage, we basically have to announce new (XGS) things.” said Phil Spencer in the interview with IGN.

Steam is also having its Game Festival coinciding withthe Summer Game Fest; 9 June to 14 June, to be specific. As every year, we’ll have playable demos for upcoming games with live developer playthroughs. If you’re a developer, you can currently sign up to show off your upcoming games to a global audience during the fest.