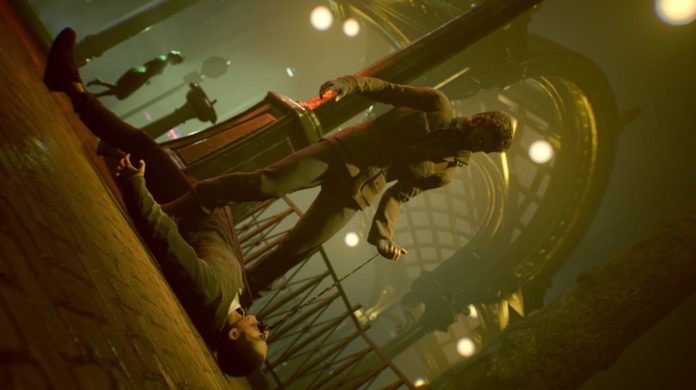 Paradox Interactive and Hardsuit Labs have announced Vampire the Masquerade – Bloodlines 2 for the PlayStation 4, Xbox One and PC. The game is currently set to launch in the first quarter of 2020.

NVIDIA has also revealed that they will be the official graphics partner for the game and as such will be working closely with Paradox to integrate real-time ray tracing and DLSS technology.

Check out the reveal trailer below:

Here’s an overview of the title, via Paradox Interactive:

Written by Brian Mitsoda, the creative mind behind the original, Vampire: The Masquerade – Bloodlines 2 brings the ambitions of the first to life and sees the return of a few fan favorite characters. Those narrative ambitions are bolstered by Cara Ellison, exploring the effects of the mass embrace on regular Seattleites.

Sired in an act of vampire insurrection, your existence ignites the war for Seattle’s blood trade. Enter uneasy alliances with the creatures who control the city and uncover the sprawling conspiracy which plunged Seattle into a bloody civil war between powerful vampire factions.

Immerse yourself in the World of Darkness and live out your vampire fantasy in a city filled with intriguing characters that react to your choices. You and your unique disciplines are a weapon in our forward-driving, fast-moving, melee-focused combat system. Your power will grow as you advance, but remember to uphold the Masquerade and guard your humanity … or face the consequences.