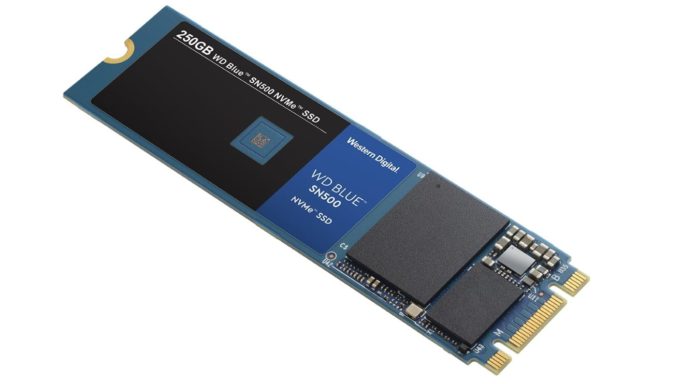 Western Digital has announced their new SSD, the WD Blue SN 500, which takes their M.2 form factor and couples it with an NVMe interface. They also added a new controller and NAND, which are the same one as in the WD Black SN750 NVMe. This architecture allows it to reach read and write speeds of 1700 MB/s and 1450 MB/s respectively. The 500 GB model is specially optimized for content creators, video editors and PC enthusiasts, while carefully balancing out the capacity and price.

Western Digital has not released a 1 TB model as of now, but hopefully they will add one later due to most of their competitors offering larger capacities at SATA and PCIe/NVMe levels. The full specifications are given here-

The 250 GB model sells for $54.99, while the 500 GB model is priced at $77.99. These drives will carry a 5-year warranty. They can be bought from select retailers, as indicated on the product webpage.